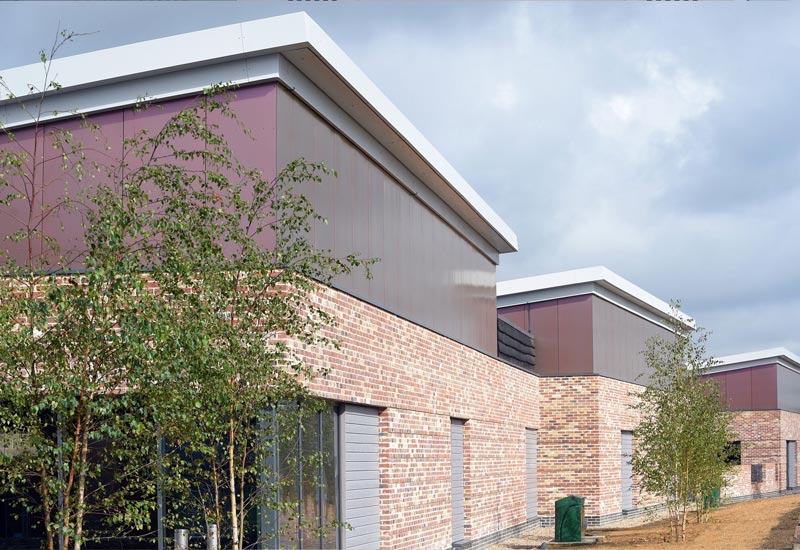 The new £12million Leisure Park in Stanway located opposite Sainsburys on the Western Bypass is set for practical completion today, 13th August 2018.

The original discussions for the leisure development began in 5 years ago in September 2013 by the developer, The Churchmanor Estates Company plc, and after a successful Appeal to the Secretary of State against the Council’s refusal of planning permission the leisure park is finally completed. The tenants will now begin their fit out works, opening in some 6-12 weeks from today. The scheme will provide employment for some 260 people.

The development to be known as Stane Leisure Park, will consist of a range of restaurants including Nandos, Bella Italia, Starbucks and KFC. Included in the development, Churchmanor have paid paying £350,000 to widen London Road at its junction with the Western Bypass.

Stane Leisure Park is not typical out-of-town restaurant outlet – it offers a high quality environment for eating and relaxing. A ‘pocket park’, with a pleasant ambience and space for children to play is an attractive feature of the design.

Stephen Clark on behalf of Churchmanor said: “We have taken great care over the design layout and landscaping within the scheme and we are pleased to be able to bring these much needed facilities to the residents of Stanway. The success of the Princess Charlotte is just the start for the Leisure Park, and we are excited to see the new restaurants open to similar success.”

Due to the high temperatures we have been enjoying the landscaping has currently been put on hold until the weather becomes cooler and then it will take around two weeks to complete. With over 100 new trees being planted through the scheme, together with large planters and specially crafted benches lit by LED lighting, the completed leisure park will be an eye catching destination for the local residents.

Rose Builders were the appointed contractor for the building of Stane Leisure Park and Steven Rose commented: “We are delighted to have constructed Stane Park, delivering the Churchmanor vision. It is great to work on such well-designed and specified projects, Stane Park has the highest standards of hardscape and landscaping. The excellence of vision, design and delivery will provide Colchester with a 21st century food retail facility that will endure for generations to come. We are all immensely proud of the whole achievement.”

Full details of the scheme can be found at www.stanepark.com